Kilian McGrath and Salerno started the individual show jumping day at the Adequan/FEI North American Junior and Young Rider Championships in fifth in the young rider division. But a day full of felled rails for other competitors bumped the pair up to the gold with a final score of 18.92.

“I didn’t think [I would win gold],” said McGrath, who was representing Zone 10. “I was just hoping I’d make the top three at the most. I tried to be as consistent as possible, and it worked out, apparently.”

McGrath, who rides with Karen Healey and is based in Westlake Village, Calif., started riding Salerno at the beginning of this year’s HITS Desert Circuit (Calif.). Salerno, a 13-year-old Dutch Warmblood (Indorado—Larena, Nimmerdor) gelding owned by Rolling Oaks Ranch, was imported from Brazil by Laura Kraut.

“He’s one of the most amazing horses I’ve ever ridden,” said McGrath. “He’s really smart, really forgiving and really athletic.”

McGrath did her first grand prix this year aboard Salerno.

“I honestly was shocked when they said I won,” she said of her individual gold medal. “I asked Karen if this was real. I’ve only dreamed of getting a gold medal and never thought it would happen this quickly. I was not as qualified as most riders here, but I have a good horse, and I believe in him.” 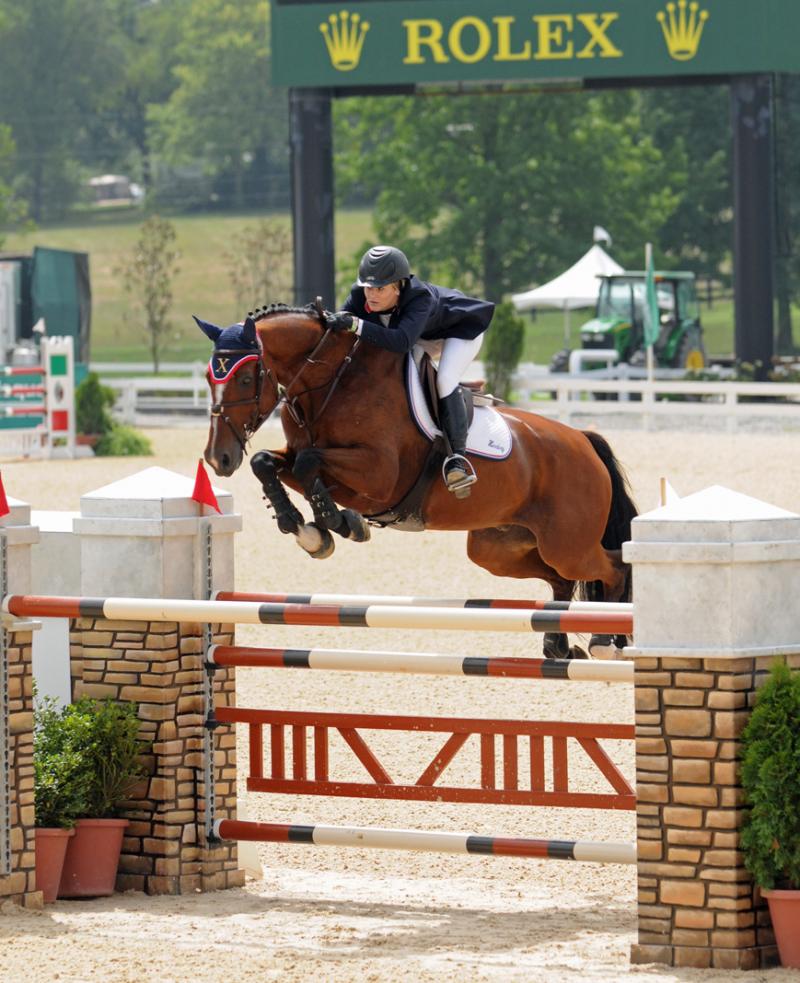 —The last rail down on the last course of the day bumped Smith and Upstaire, an 11-year-old Dutch Warmblood (Gran Corrado—Ralmetaire, Animo) owned by Smithfield Farms LLC, down to silver position. But Smith was still thrilled to finish the competition strongly; she was also part of the gold medal-winning Zone 2 team last night.

“I think NAJYRC is the precursor for any larger event,” said Smith, of Bernardsville, N.J. “We learned so much here, especially as a team event. You don’t get many opportunities to ride as a team. If you want to go to the Olympic level or to compete in Europe, you have to do something like that here first.”

—Ulrich, also part of the gold medal Zone 2 team, made a big move up the leaderboard as well, coming from eighth to third with 4 faults in the first round and 5 in the second round. Santos Utopia is a 13-year-old Dutch Warmblood (Nevado 21—Kitty Utopia, Equador) owned by Beth Congel and Up The Creek Farm.

“The first round today was pretty technical, but it was a really good course,” said Ulrich. “I got see a couple of people go before me, and I made my plan.”

Reprinted with permission from The Chronicle of the Horse.